Sexist? Funny? Or bad timing? On the heels of International Women's Day, an Indonesia sportswear company, Salvo Sports, has issued an public apology for its sexist washing label causing a scandal on social media.

The 'offending' washing instructions “Give this jersey to your woman. It’s her job.” appear on Indonesia Super League team, Pusamania Borneo, shirts.

The official response from Salvo was also less than ideal, with Salvo tweeting:

Not all companies ride their mistakes down hill, here are some amazing mistakes and apologies that turned to strengths for these well-known businesses:

It took Victoria Bitter years to hear the complaints about lowing its alcohol content and changes to packaging. Eventually they apologised and responded by restoring the original recipe and packaging. Dominos Pizza prides itself as the fastest-growing franchise pizza store with thousands of stores all over the world. In recent years, however, they received numerous complaints regarding the quality of their product. Instead of being defensive, Dominos Pizza listened to their customers’ complaints and turned the company around. They went back to the drawing board and improved their products.

Monteith’s Brewing Company New Zealand wanted to let their customers know that their cider drinks were made of real fresh fruit instead of concentrates. To make their point, they inserted cider twigs into boxes of their products.

Within days, people started calling the company and posting on social media about the controversial “twigs”. Although the company’s action of inserting twigs in their packages was intentional, they still issued a public apology for the confusion caused. They used the occasion to further drive their message that their cider products were made of real fruits. As their ads said, “Instead of a lawsuit, we sold out cider.”

It only took a simple letter from a three-year old child to make one retail giant change its product name. There was no real complaint raised about the Sainsbury Tiger Bread. However, a child saw that it was more fitting to call the bread “giraffe bread” rather than “tiger bread” because its appearance resembled the long-necked creature’s hide more than that of the striped predator.

Instead of ignoring the child’s observation, Sainsbury officials responded to the child’s email and admitted that “giraffe bread” is the more suitable name for their product. 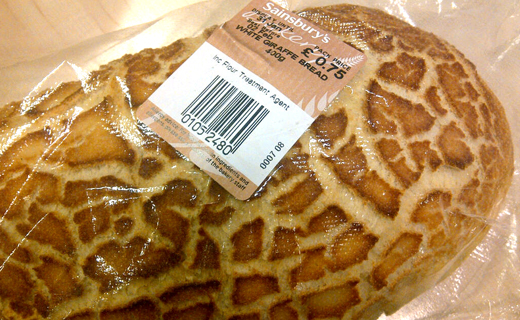 When EA Games released their video game, Tiger Woods PGA Tour 08, it was met with criticism about the famous golf player’s ability to stand on water and hit a shot, as if it were a miracle.

In lieu of an apology, EA Games released a YouTube video showing the real Tiger Woods taking off his socks and shoes then walking on water to hit a golf ball. It involved a lot of tricks, but the company was able to prove their point that there wasn’t a glitch with their computer game.

So why do these big brands bother?

In a study conducted by the Centre for Decision Research and Experimental Economics of Nottingham School of Economics, it was found that consumers are twice more forgiving of companies that said sorry than those who settled their problems with cash.

It's within human nature that when someone does us wrong, the words “I’m sorry” go a long way towards mending the broken relationship.

If you have an issue with a company your purchased a product or service from, you can lodge a complaint with us and we’ll make sure you follow the correct process.

We’re here to help you handle it, just let us know the details of your complaint here.